The “Shift” from Manual to Automatic Transmission

Could we be witnessing the death of the stick shift in Miami, FL?

The fact is, manual transmissions once had their perks, but they just aren’t practical anymore for drivers near Miami Beach, Hialeah, and Hollywood.

In 2013, only 4% of cars sold had manual transmissions. On top of that, 67% of new models sold don’t even come with a manual option. Some popular sports car manufacturers, including Porsche, Lamborghini, Jaguar, and Ferrari are abandoning manual transmissions in favor of high performance automatic versions

Death of the manual transmission?

So what are the factors contributing to the decline of the stick shift in Miami, FL?

Driving stick is often perceived to be “more fun” than driving automatic, but it also requires additional skill beyond knowing the rules of the road. In essence, the car needs you to drive, and if you don’t shift and clutch properly you can do serious damage to your vehicle from Brickell Luxury Motors.

Automatic transmissions take proper shifting, acceleration, and deceleration out of the mix, lowering the involvement of the driver. As driving safely around Miami Beach or Fort Lauderdale already demands a lot of attention, the proposition of taking additional stress out of the equation is attractive to many Porsche, Audi, Mercedes Benz, Ferrari drivers. 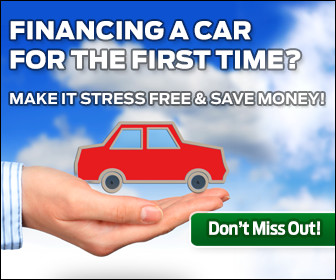 Since the end of the ’90s, most cities have seen an influx in population. With that number expected to grow, traffic has become more congested and intense. This traffic stems not only from additional cars, but also from pedestrians, bicyclists, etc.

Drivers in Miami Beach and Hollywood need to be more vigilant and automatic transmissions allow for that. Unfortunately, with less driver involvement and increasingly more distractions, this isn’t always the case. However, that responsibility falls pretty squarely on the driver, not the transmission.

While this new tech has only penetrated about 10% of the market, you can expect it to be commonplace within a few years, according to the Washington Post.

No Longer a “Theft Deterrent”

Perhaps, at one point, manual transmissions were somewhat of a “theft deterrent” against criminals who broke in only to find that they couldn’t physically drive the car.

The fact is that whether you drive in FL or else where, or whether you like automatic or manual transmissions, this argument is now moot. When you factor in the complex security systems in many cars on the road today near Hialeah, it’s reasonable to assume that any thief will have the intelligence level to have at least thought that far ahead.

Whether the stick shift will go extinct one day or not, we can’t say for sure. There will always be the select few who are adamant about driving stick-shift sport cars that will always be released with manual-only transmissions.

There is something freeing about driving on a country road near Fort Lauderdale, opening up the gears with the wind in your hair. That’s something everyone should enjoy at least once. As for everyday life, however, it seems that stick shifts are just not that practical anymore.

Brickell Luxury Motors is a dealership serving areas within and bordering the Miami, FL region.